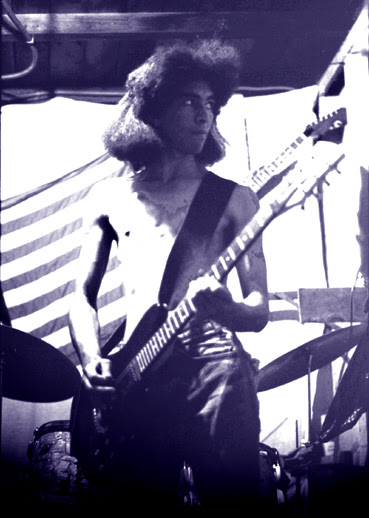 Sometimes I think the term “guitar hero” is kind of antithetical to punk rock. But… there are guitar players in punk bands that people do indeed idolize. Punk Turns 30’s next series, Punk Guitar Heroes kicks off with Pat Smear of The Germs.

The photo above is one that no one has seen until now. It was a passing shot I took in the poorly-lit garage of Pat Smear’s mom’s house in West Los Angeles while The Germs practiced and I shot and it resulted in the cover of "Forming," although all those things were not on anyone's radar at the moment. Except maybe for Darby Crash, who did think that far into the future. I’m still messing around with this picture, but it is as rough looking as punk rock… so I thought you might like a peek at the work-in-progress. 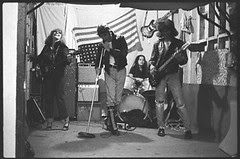 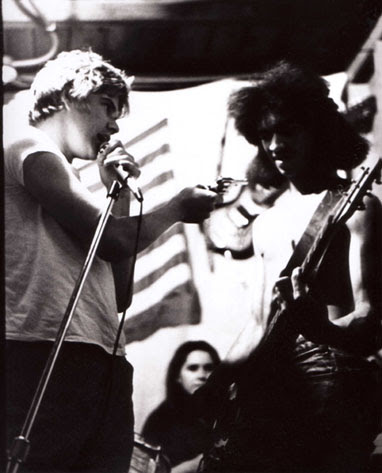 Its always been strange to me, once I went back to scan these negatives some 30 years after shooting these photos that Darby Crash is pointing a (toy) gun at Pat Smear…. And how ironic it is that Pat Smear has played in two bands where the iconic front man committed suicide… Darby by an intentional drug overdose, and Kurt Cobain of Nirvana, by a gun. Its just too eerie for me.

So let me recall the less eerie times…. 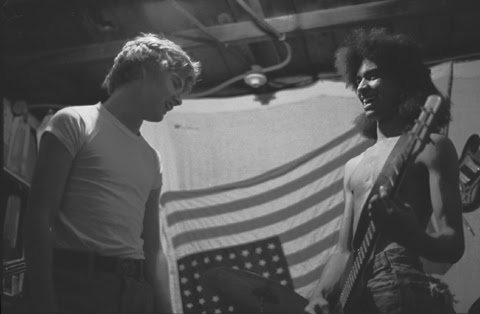 I met Pat Smear through Pleasant. I don’t know why I believe they were dating, but they were definitely close friends and hung out with each other quite a lot. Pat’s sister worked in the photo department at Sear’s and Pleasant showed me all sorts of campy yet serious portraits she and Pat had taken at Sears courtesy of his sister. Pleasant LOVED to play dress up and take pictures! The results of her and my photo fun in a tribute that ran for a week, starting with this post

No one knew that evening in Pat Smear's garage just what the Germs would mean to Los Angeles punk rock, or to punk rock in general. You can call Pat Smear a living legend for his role in the Germs, and I think that his presence with Nirvana for that short time really added to their future myth and legend and helped set them apart from the other punk-influenced so-called "grunge" bands of the late 80s/early 90's. Its kind of like Pat Smear annointed them, and by extension Dave Grohl's Foo Fighters got the Germs/Nirvana halo effect.

But before Pat Smear rose to a position to annoint anyone, The Germs themselves were annointed by two pillars of LA punk rock. Joan Jett produced their album, GI, which is now considered a milestone in punk rock. And then there's Kim Fowley, who presented a night at the Whisky that the Germs headlined and that resulted in a live recording. Because they had such a short-lived existence as a band when Darby was alive, each of their few recordings is important. 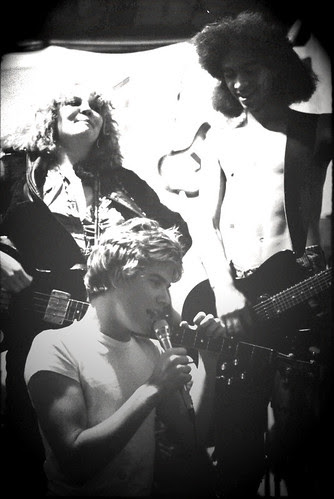 Pat Smear played a tour with fellow Germs Lorna Doom and Don Bolles in a Germs reunion that featured actor Shane West in the role of singer Darby Crash. As most people in-the-know about punk rock know, there's some movies in post-production and production all about the Germs. They've come a long way from Pat Smear's mom's garage.
at 3:57 PM