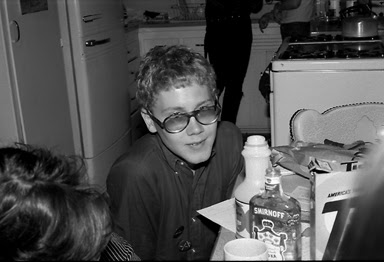 He was the art director of and designed the logo for Lobotomy and he was our partner in all things Mumps as well - Brad Dunning, a Los Angeles punk rock, Lobotomy zine alumni who graduated on to fantastic things.

Brad Dunning is known to the general public as an interior designer to the stars. He always had a fantastic sense of style, design and composition. One thing I will never ever forget is that Brad kept his bed in the closet of his Fountain Avenue apartment. Fountain is one of the most traversed cross streets in Los Angeles, running parallel to Sunset, Hollywood and Santa Monica Boulevards, it is a must faster route across town than the other avenues because there are way fewer businesses and driveways for cars to turn into and disrupt the forward flow of traffic. I think it must be terribly loud, however, to live off this avenue, so putting your bed in a closet would be a good move. And a closet, having no windows, would guarantee that your bedroom is dark, too. And if you are living in a small Hollywood apartment, you need to use all your square footage, so why waste all that space on a room just to sleep in?

Regardless of this quirk (which I think is kind of genius; I put a mattress in a closet when I spent a summer in a Malibu beach house because of the darkness factor), Brad always seemed pretty damn cool to me. He was the strong silent type with a quick dry wit. He knew all about pop culture - so much so that he had his name on a book called "Lucy & Ricky & Fred & Ethel" as early as 1977. He worked with the author, Bart Andrews, who writes all about television shows. In 1977, Brad was the first published author I knew and I marvelled that he had even another book to his credit, "The Star Trek Quiz Book: 1,001 Trivia Teasers for Trekkies." There were quite a few other titles, too.

Aside from being part of the Lobotomy crew, Brad had his own zine, Contempo Trends, which was by punk standards, incredibly well-designed... much more art than punk rock, but just as cool.

In other words, you KNEW that Brad Dunning would make something out of his life... that he would have valuable contributions to society and culture.

Now, back to this interior designer to the stars thing...it had been many years since I'd seen Brad, and I'm reading a very mainstream magazine and learn that Demi Moore met Brad Dunning through Gucci designer, Tom Ford, whose interiors Brad had done, and she...Demi, the Brat Pack Princess, retained my old punk rock pal, Brad Dunning to do her interiors for her new love nest with Ashton Kutcher. Wow. Someone from punk rock with a real job! Not just a job, but his own amazing business. 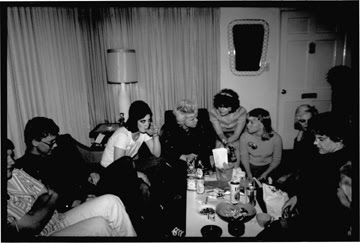 Brad is in the photo above, second head from the left -- the one with the glasses.


POST SCRIPT
December 22, 2001
Five years ago today, the world lost Lance Loud, front man for the Mumps, oldest of the Loud Family children, and star of television's first reality series, way back in 1973, "An American Family," which aired on PBS. 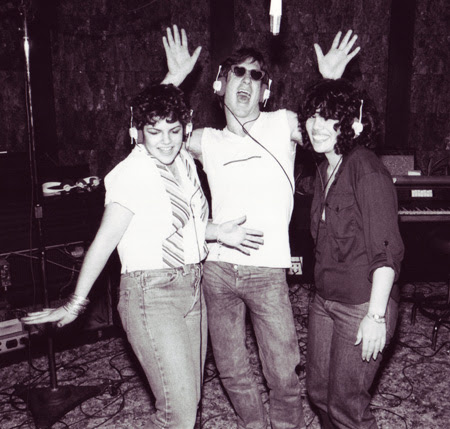 photo of Pleasant, Lance and Me by Herb Wrede, courtesy of Trudie Arguelles Barrett
at 2:04 AM