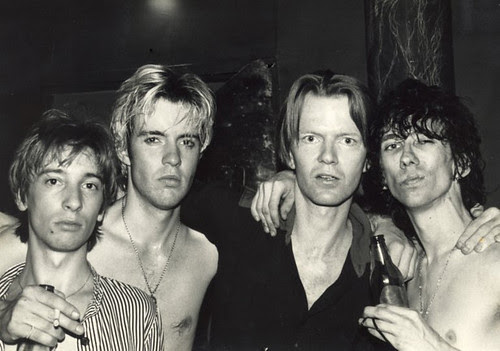 Before I write another word: a hundred thousand thanks to Sham 69 and Wanderers guitarist, Dave Parsons for not only keeping a copy of that photo above for the 27 years that have elapsed since we took it, but for sending me a very nice scan so I can share it with you.

It was 1981, and Stiv Bators basically joined Sham 69 when Jimmy Pursey left and that band became The Wanderers. Their most excellent and only album, Only Lovers Left Alive is a paean to conspiracy theories and one Peter Beder, with whom Stiv was fascinated. 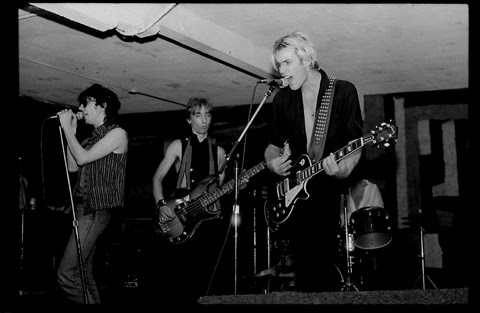 Stiv Rehearses in LA with The Wanderers

Stiv often showed up on my doorstep in LA with musicians in tow. And 1981 was no different. 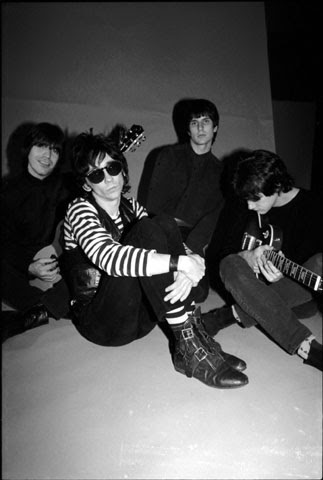 The previous year, he was in LA with the band who recorded Disconnected with him, and now it was The Wanderers. Business as usual for Stiv meant putting together an incredible live band, working out some crazy shit to stun audiences and taking it on the road to support whatever record he had just released. He already set the bar very high in 1977 with the Dead Boys. 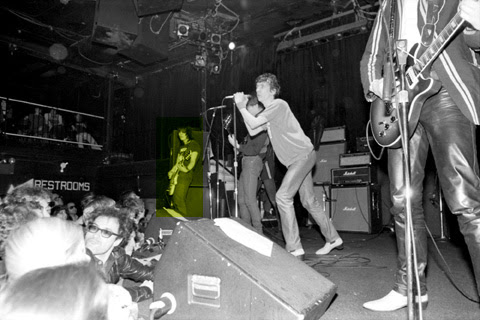 Little did we know that at the end of our 1981 road trip, we Wanderers would be taught a few things by old and new friends. 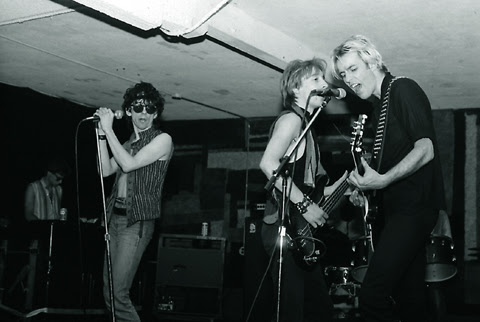 Jim Carroll was one such teacher. On the NYC underground scene for a long time, his current claim to fame was the cumulative result of a teenage-hood of writing poetry, shooting heroin and shooting hoops. Authoring the acclaimed The Basketball Diaries which was published in 1978 cinched Carroll's position as one of the real things of NYC's underground arts movement... one he had been in organically all his life. His friend, the poet/rocker and seminal punk rock artist Patti Smith encouraged him to put his words to music and the Jim Carroll Band was formed.

In 1978, high on the success of her commercial breakthrough album, Easter, I saw Patti Smith perform in San Diego, California with Jim Carroll as her opening act. He read poetry and also from The Basketball Diaries and Patti joined him onstage. It was an unforgettable evening.

Carroll's album, Catholic Boy with its hit single, "People Who Died" was released in 1980. The whole perception of being an overnight sensation after years of dues-paying described both Jim Carroll and Stiv Bators, and during our sojourn in NYC, Jim showed us the ropes of making appearances without going insane.

When the Wanderers tour brought us to NYC, we spent about a month in town. So many things were going on, but the Wanderers highlight was playing at the Palladium (the location of which is now an NYU dormitory) on 14th Street, opening for The Ramones.

The Ramones had always been particularly generous to Stiv and this was no different. Both Joey and Dee Dee went to great lengths over the course of Stiv's career, to have whatever band Stiv was fronting play some shows with the Ramones. 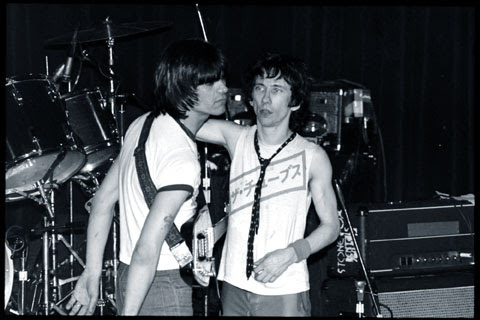 A Ramones audience is excited to begin with. Add the Stiv Bators touch of chaos and you can imagine the frenzy. 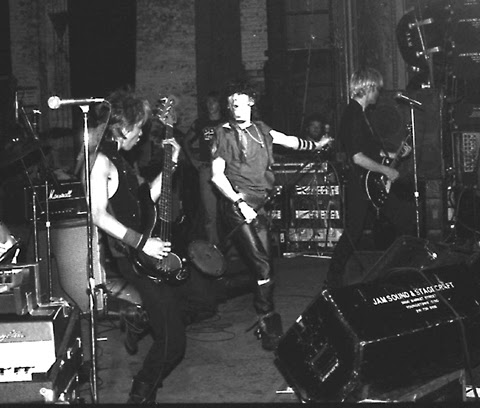 However crazy it was on stage, backstage it was all fun and camaraderie. Jim Carroll showing up to show his support and to take us to all the hot spots afterwards really made the night.

Most people know a Stiv Bators who is pure rock n roll, but I knew a Stiv who did have a poetic side and who yearned to learn the craft the way guys like Jim Carroll, Dee Dee Ramone and Jim Morrison did.. to turn that into rock n roll with a poetict turn of phrase. If you ask me, Stiv did OK. 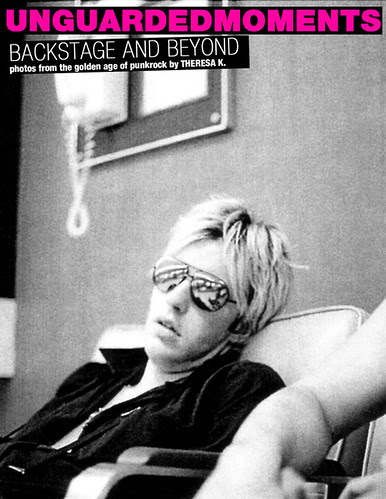 Dave Parsons in an airport lounge.... this image is part of the continuing Unguarded Moments tour, back on the road this fall!
at 1:16 AM