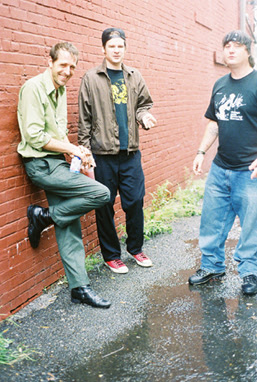 I took that photo in "Goner Alley" - the alley next door to the Goner Records store in Memphis in 2005, as Hurricane Rita was making her mark. It was the final day of Goner Fest 2... power was cutting in and out, lights going with it...

Harlan T Bobo, just back from a European tour, was about to play a short set before joining The Limes who were closing the Goner Festivities.

Limes - Jack Yarber, Harlan T Bobo, Shawn Cripps (Shawn is the only constant Lime, it being his project and all...)

Without power to amplify, Harlan jumped up on the counter and played unplugged for all to see. He was joined for a song or two by Compulsive Gambler/Oblivian/Reigning Sound man, Greg Cartwright. 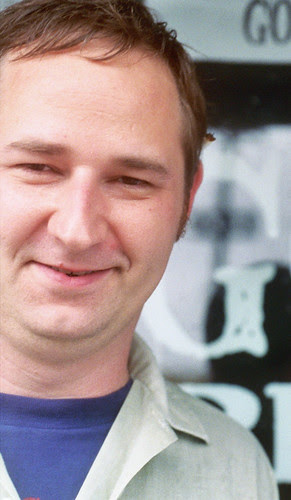 Greg Cartwright - it seemed that every time he walked into the store, the lights would come back on

As you know, Hurricane Rita came through a little less than a month after Katrina. Several New Orleans people I know evacuated to Memphis - some are still there, a few have returned to New Orleans, and some are even farther flung.

This season, Gustav passed over New Orleans and didn't do nearly what it threatened to do; great news! Still, people got the hell out, and now they're coming back. Its these other storms - Hanna, going up the East Coast and Ike, hurtling out of control with Texas in his sites, that are causing some real problems. Today, its the talk of people everywhere - how the price of gas SPIKED today, in response to the possible damage to the refineries on the Gulf Coast. If that isn't the biggest red flag signal for the world to consider something other than fossil fuels, I don't know what it...

Back in punk rock days - 1979, the second gas crisis related to the OPEC nations was in full swing. I vividly remember the kind of gas rationing that was going on. You had specific days on which you could buy gas - odd numbered days, or even numbered days, according to whether your license plate ended with an odd or even number. Luckily, between my sister and I, we had one of each and could buy gas every day if necessary. 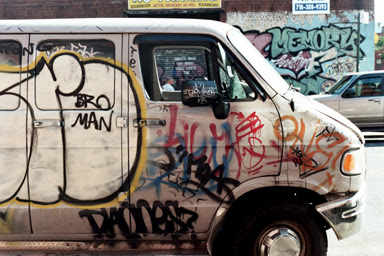 Even though we both drove small cars (one Honda; one VW Beetle), it was a time when people still drove gas guzzlers like crazy - and bands especially, mostly had Ford Econoline or Dodge Ram big-ass vans... you know - 10 gallons per mile, or so it seemed. 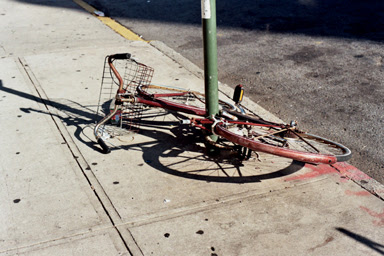 That gas got up and beyond $4 per gallon this summer put a serious crimp in the touring ability of many bands. And for every day getting-around... everyone I know is biking it. 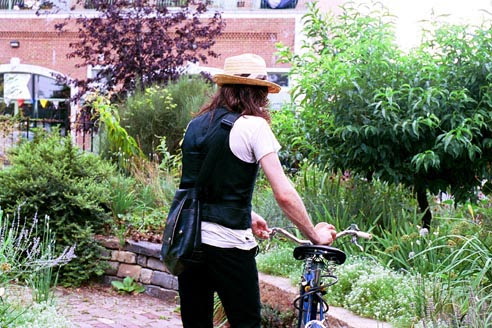 Its going to be a slow news weekend, I know... the politics are pretty predictable and the only real news is the weather. But as some genius said 40-some odd years ago, you don't need a weatherman to know which way the wind blows -- oh and to inflict and invoke yet another cliche... the winds of change... what will they bring. 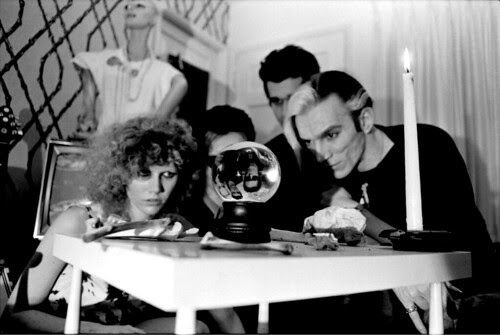 Protest the gas price gouging this weekend: stay in and listen to records. That is one form of petroleum product (vinyl) that you do get a lot of re-play from.... gas, you drive around, its gone... gotta buy more. Records - they just keep getting better.

Dig out your favorite records, don't drive. How about spinning the disks of everyone pictured here? Hell - Oblivians, King Louie, Compulsive Gamblers, Limes, Cramps --- what a set list!

However, way more punk rock and highly recommended for its relevant agitprop value: Billy Bragg and his prescient recording from the last election cycle: "The Price of Oil." Google it.