Blondie Is a Group 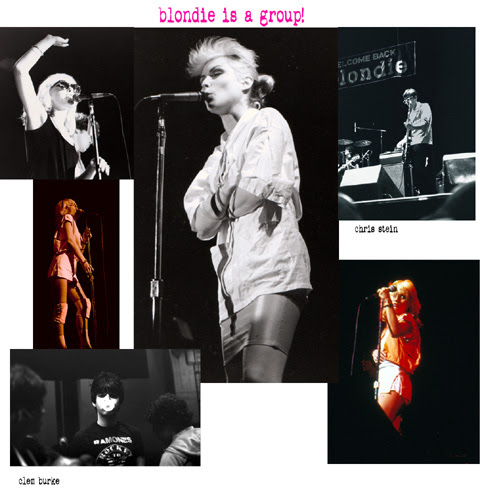 But Debbie Harry is the lure. I remember the tour Blondie was doing in April 1978…all the poster, t-shirts and buttons you saw were black with hot pink writing that proclaimed: BLONDIE IS A GROUP! Exclamation point. No one knew during that tour in April 1978 - not the band, not their fans, and probably not their hopeful record company - that the record Blondie would release in just six months would be the one to break them into the stratosphere. They went from Plastic Letters to Parallel Lines and from the DIY scene to the big time.

The collage above represents the Blondie of today with yesterday's photos...original members still performing as Blondie are Debbie, Chris Stein and Clem Burke. The last time I saw Blondie, in the summer of 2006, they played for about 80,000 people in an amphitheatre outside Chicago with the Cars. The ticket price averaged $75.

During the Golden Age of Punk Rock, Blondie were our friends, and Pleasant, Randy, Kid and I spent an inordinate amount of time with them and traveled far and wide to see them play. The first time we saw Blondie, they were opening for the Ramones at the Whisky A Go Go and we paid maybe $5 for that double bill. 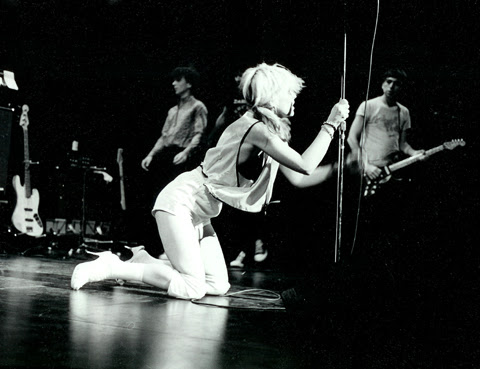 Its quite something to watch a band you’ve seen in small clubs end up on the top of the charts, sell millions of records, play for tens of thousands of people in one pop and get inducted into the Rock n Roll Hall of Fame. If you go to the Rock Hall, you'll find Blondie right next to the Beatles. Cool, huh? 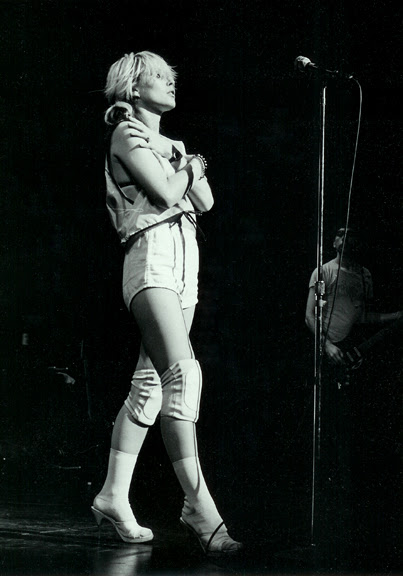 You can buy all of these photos from our Punk Rock Gift Shop.
at 5:09 AM