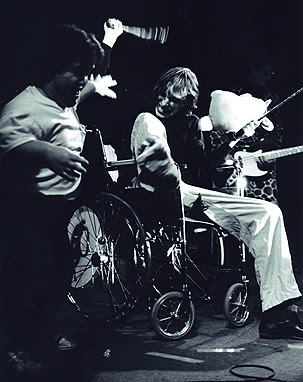 Did they drive you ape back in the day?

I loved the Dickies. They were and are still so hilarious and entertaining. I saw them last at the annual Joey Ramone Birthday show at Irving Plaza in New York maybe two years ago. But back in the 70s, I wouldn't let a Dickies gig go by without seeing them.

Such troopers - I remember the night Leonard leaped off the balcony at the Starwood and broke his leg. He kept on performing. He continued to perform the next night and didn't cancel any upcoming gigs - he just performed in his wheel chair and then with his crutch. 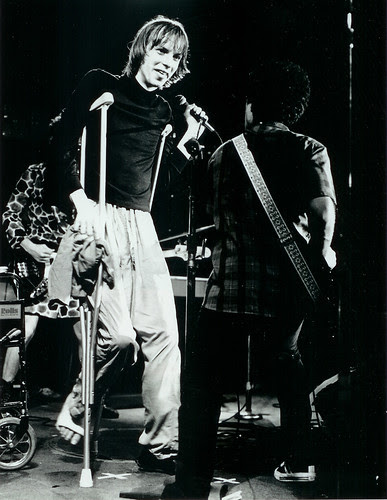 That's Stan Lee's back towards the camera. I was so thrilled a couple weeks ago to get an email from Stan saying hi and that he'd checked out this site. THANKS to Kent Smythe for passing the word!

For a brief period of time between 1977 and 1978, both the Dickies and Mumps were the hottest thing going on in LA punk. 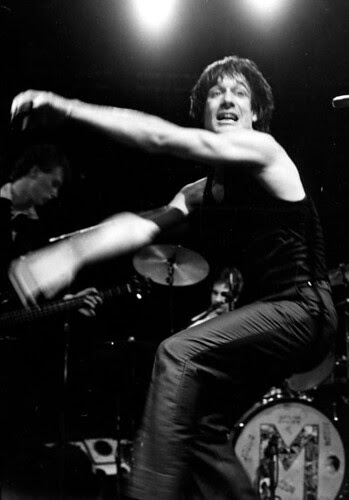 Led by singers unafraid to be completely stupid, both bands were about as out there and unhinged as you could get while retaining a touch of pop sensibility and cleverness to their furious-paced songs.

Many of us believed that when the Dickies got the major label deal (on A&M) that it should have been the Mumps. On the other hand... why NOT the Dickies? They were an entertainment machine and worked hard, played hard and put LA punk on the very mainstream radar, along with bands like X, who got signed to Elektra. 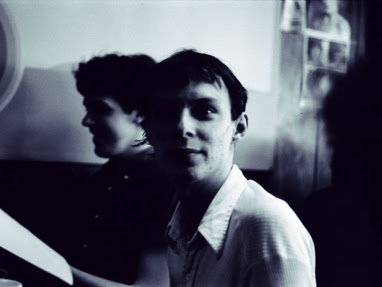 The Dickies always attended all the Tropicana parties, the Famous Lobotomy Apartment parties, the Canterbury parties and hung out with everyone at Duke's.

Above is Leonard in Duke's and behind him in profile is former Mumps and Sparks manager, Joseph Fleury. Joseph and his business partner, John Hewlett managed the Dickies for a while as well.

Sadly, both Joseph and the original Duke's location are both gone...but neither is forgotten. Joseph was a sad casualty to AIDS, and Duke's at the Tropicana, and the Trop itself were sad casualties to West Hollywood gentrification.

Yeah - Duke's still operates. On the Sunset Strip, next door to the Whisky. And the Whisky is a shadow of its former self, a pay-to-play venue these days.

But in those halcyon LA punk rock days of the 70s, as Rodney likes to say, "It was all happening" there.